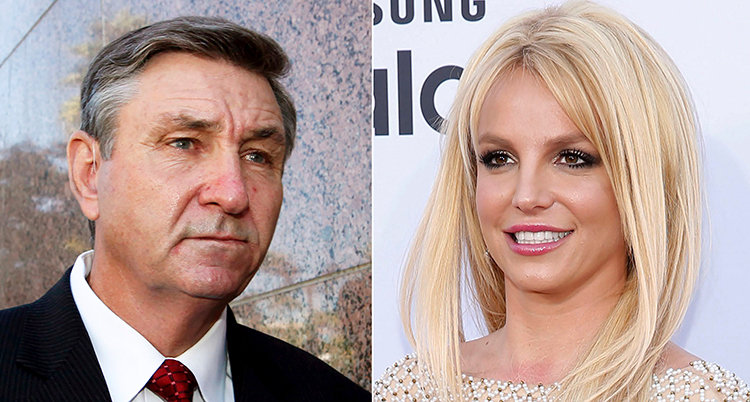 Jamie Spears, father of singer Britney Spears, leaves the Stanley Mosk Courthouse in Los Angeles on Oct. 24, 2012, left, and Britney Spears arrives at the Billboard Music Awards in Las Vegas on May 17, 2015. Spears’ father has asked the court overseeing his daughter’s conservatorship to investigate her statements to a judge last week on the court’s control of her medical treatment and personal life. James Spears emphasized that in 2019 he relinquished his power over his daughter’s personal affairs, and has control only over her money. (AP Photo) NYET320